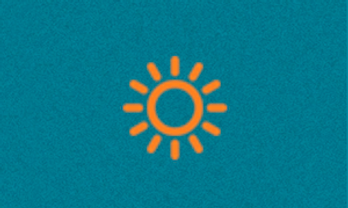 This is a project I submitted and led for our Innovation Week 2018. We were a team of 5. The idea was to work with IoT devices. I proposed to monitor the humidity of plants to know when to water them. Indeed, I am extremely bad with plants (as you can see in the photos, those are my plants) so this was a way to save the poor plants. At the same time, we were working in an office with extremely bad air conditioning, it was always either too hot or too cold. So I suggested to also monitor the temperature at the office, and display it on a public website. This way when the temperature was not good we would know we should stay at home instead of coming to the office.

For this project, we used 2 sensors, one for temperature and one for humidity. We soldered the sensors to microcontrollers, the sensors captured the data, communicated them to the microcontrollers and the microcontrollers sent them to 2 web endpoints. The microcontroller (model ESP8266) had the ability to create a wi-fi access point, so this is how it was able to send data to the network. The first web endpoint was a Firebase endpoint which just stored the sensor data, which was then displayed on a web UI. The second endpoint was a HTTP listener on the application that we were developing at the time for Adobe: "Journey Orchestration". This application would receive the sensor data and based on some conditions created inside the application, if the temperature was too hot or too cold, it would send notifications on our Slack channel, alerting everybody to stay home.

The web UI was public and it was really used after the project was finished by the employees to check the office's temperature before coming to work. This project was at the same time a discovery of how IoT works, and also a real use case for our product under development "Journey Orchestration".

My role was to propose the idea and convince my co-workers to work on the project. I also soldered some parts of the circuit and I coded the web UI. My colleagues had the idea to put the sensors inside little plastic boxes that were printed in 3D. So we also played with the 3D printer one of my colleague brought. 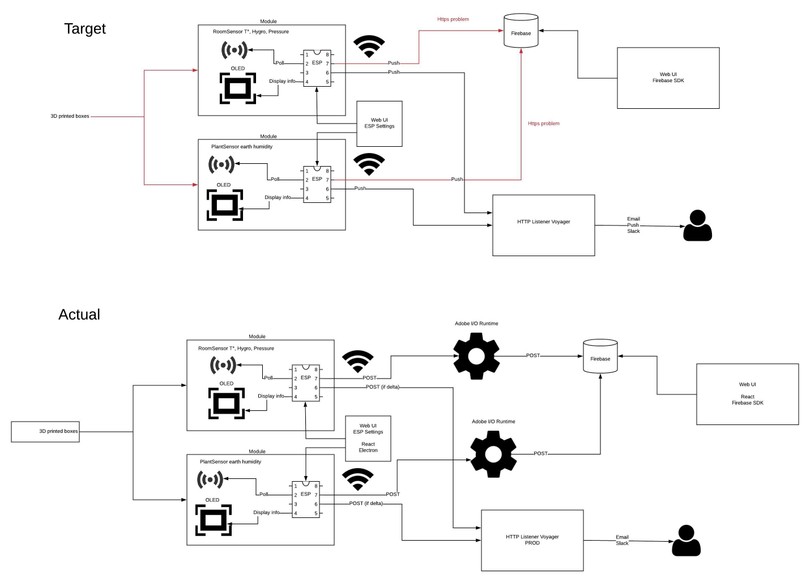