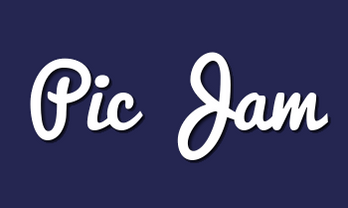 Real time image guessing game developed during Fhacktory hackathon 2014 and winner of second prize. We won free Github licenses when private repos were not yet free.

In this project, we wanted to create a raster to SVG image converter. To do that we needed to know what a good threshold for the algorithm is to be able to recognize the conversion is satisfying.

We studied how to generate SVG images from raster images by using the neo4j graph database (hint: it is very complicated). Then we designed this game to use the players input to help us find the correct threshold from which an image is satisfyingly recognizable to tune the SVG converter algorithm. In this game, multiple players connect, at first an image is presented blurry, and players need to guess in the chat box what the image represents. The player who guesses what the image is the fastest wins.

We were a team of 3. My role was to come up with the game concept and praise SVG to my team (I love SVG!). I also wrote some code.

Game homepage before you start